I got cactus, A lady tree, Boab toy, and Dog topiary are paintings that in a way pay homage to vegetation in all its weird and wonderful forms. Forms that I almost forgot about during that long dark Antarctic winter.
The concept of planting oneself and staying still is an aspect of plant-life that interests me as sinking roots into the soil to make a home or simply becoming stationary are rather alien concepts to me. For someone like myself who has been basically nomadic for almost 30 years geographical stability is tricky. Perhaps I need to take notes from plants to see how on earth I can plant myself and stay put for longer than my usual few month in any location.

The Weed series also acknowledges plant-life but there is an extra theme growing in these little works. Weeds are flora not wanted or they come from elsewhere. They are sometimes not indigenous and have often traveled from afar via various means to grow, colonize or invade a new terrain. Weeds are uninvited guests who land in a landscape then spread. They could be even seen as explorers, life forms on reconnaissance missions in search of new fields for expansion. My Weeds populate ambiguous rough terrains that are not quite as barren as the Antarctic Icecap but they are far from fertile looking.
As images the works are roughly sketched, sewn and painted, as I wanted to embed this theme of rawness, tentative first steps and searching into the paintings. My weeds are lost herbs or primary undergrowth foraying into new terrain, all fragile and precarious and if they survive then in time a garden may even develop. Weeds can turn into clumps, foliage, bush or forest and perhaps even dense jungle one day.
Antarctica is now specked with humans who are doing something very similar to these little weeds. Exploring and colonizing is what we humans do rather well so I graft on this idea that we are all in a way highly advanced, mobile, technological weeds that have rapidly and very successfully spread over all seven continents. We are weeds extraordinaire.

Blizzard lines connect all the buildings together at most Antarctic stations as they help to navigate around these tiny villages when katabatic storms and whiteouts occur. I got to know these rope “life lines” pretty well over the year as Mawson is rather infamous for seriously foul weather. There were ample powerful and majestic Antarctic views aplenty but I wanted to depict something primary and close by so these “blizz-lines” became a focus for a number of paintings. Many times I clung onto these ropes as I walked between my living quarters and my studio. When visibility came down to one meter and staying upright became difficult in those cyclonic winds those Blizz-lines were more than needed.

This group of work on damaged paper touches the topic domesticity – My drawings are just like those images found in shiny magazines scattered on millions of coffee tables around the world. Actually they are nothing like those magazine images but the topic is the same – vegetation and shelter. Where is the nice house and the nice garden and what does it look like I wonder. I plant a few ideas on the textured paper to perhaps germinating some feelings and see what sprouts up. 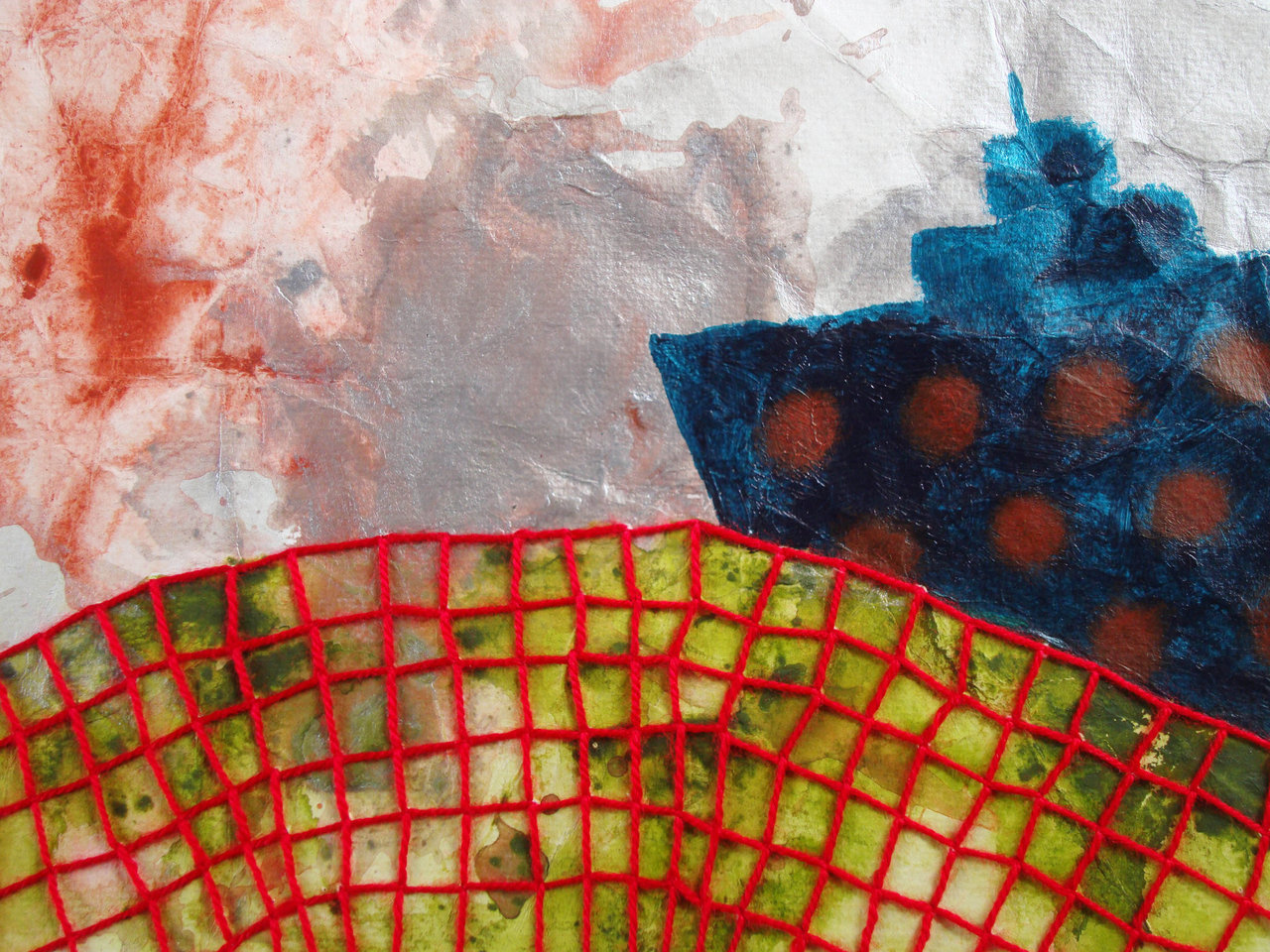 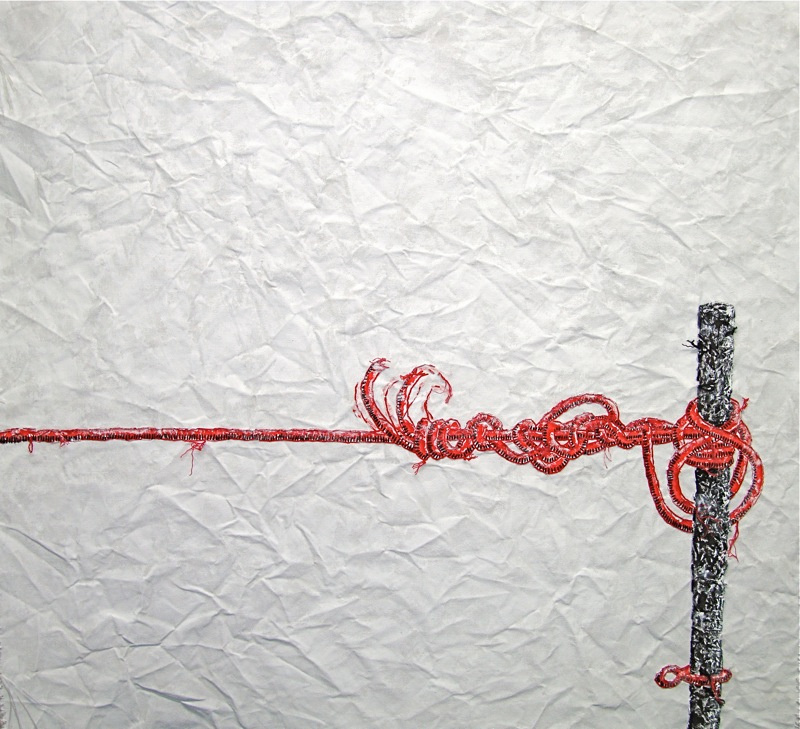